Our board is made up of academics and professionals who together represent a wealth of experience and international practice in education, development and leadership. 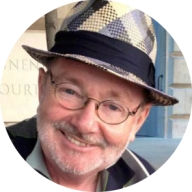 Glyn Alban Roberts has had many years experience of developing partnerships in education between British and Asian Higher Education Institutions as Director of Asia Study Links. He also spent many years working and living in Latin America in British and other government service; he now teaches Social Sciences in Cambridge England and is a Council Member of United World Schools as well as ASfYL.

Ceri holds a first degree in English and Education, an MSc Econ from Cardiff School for Journalism Studies and an MSc Econ in Voluntary Sector Organisation from LSE. Having grown up in Cardiff, she spent a gap year teaching in Kenya, before going on to select and train young people to work overseas. She helped create a community unit at the BBC, before moving to HTV Wales to lead its community education work. After establishing and running a European Unit for a major NGO, she was seconded to the UN in New York to help develop plans for the International Year of Older Persons. On her return, she joined the IWA think tank focusing on educational and political issues, and then became Head of Learning for the 7 national museums in Wales. More recently she’s worked for the Welsh Government helping to develop its plan for Arts and Education. She believes strongly in the value of international opportunities and exchange for all ages, and in the power of learning to change lives. 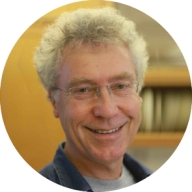 Graham Curtis read Politics, Philosophy and Economics at Oxford before moving on to further degrees at UCL and LSE. He has worked for thirty years in the university sector and has been both a Dean of a Business School and a university Pro Vice-Chancellor. He currently acts as an independent consultant for several higher education organisations. Graham strongly believes that developing leadership potential at an early age is key to success in today’s global economy. 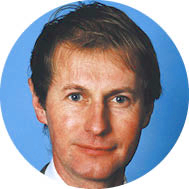 Read Engineering at Cambridge University and qualified as a Chartered Accountant in 1985. He has started or invested in a number of early stage business ideas and is today part of the management teams for a number of different corporations and charities, facing many leadership issues. He says that attending a leadership course changed his life and is convinced that leadership at many levels is the most important life skill. 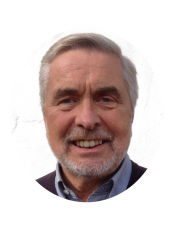 Born and brought up in Pembrokeshire Jonathan joined Ford Motor Co as a graduate trainee in 1970. In 1974 he joined The Wales Tourist Board (WTB) marketing department and in 1977 was appointed the Director Netherlands by The British Tourist Authority. In 1984 he returned to the WTB as Overseas Marketing Director later being appointed CEO in 1999. In 2006 The WTB was taken in to the Welsh Government Civil Service where Jonathan became the Director of Tourism and Marketing. His final post before retiring in 2013 was Director of the first Welsh Government Office in London. He was appointed a CBE in 2012 for services to The Welsh Government. He is passionate about helping young people  overcome obstacles to achieving their full potential. 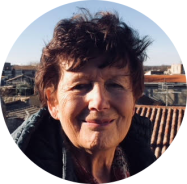 Morwenna Jones graduated from Bristol University before working in publishing in London both as an editor and researcher. She moved to Brussels where she pursued a diploma (in French) in Contemporary Art, set up a silk-screening studio, and organised exhibitions. Simultaneously she was deeply involved in voluntary work, and Founder Member of the first Refuge for Battered Women in Belgium. She co-authored Portable Roots: Voices of Expatriate Women. Whilst in Brussels, she acted as consultant for European Affairs to the Welsh Development Agency, Welsh Local Authorities and the University of Wales. When the Wales European Centre was set up in Brussels she moved into it as its deputy. 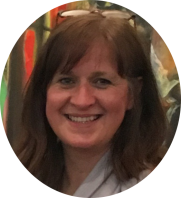 A graduate of Swansea University, Elinor has spent many years working in the third sector, spearheading projects targeting the isolated and disadvantaged. Her main experience is as a community activist and organiser bringing in much needed investment to deprived areas of Powys and Carmarthenshire. She is Chair of the Josef Herman Art Foundation whose work promotes the arts and human rights through the life and works of the Polish refugee artist. She is also a board member for the Arts and Education Network, part of the Welsh Government and Arts Council of Wales’ ‘Creative Learning through the Arts’ action plan.

She has a particular interest in reaching the underprivileged and, through leadership training, empowering them to unleash their full potential.

Stephen Doughty was first elected as Welsh Labour / Co-operative MP for Cardiff South and Penarth in 2012 and was re-elected in 2015 and 2017. Born and educated in South Wales, he later studied in Canada, Oxford and St Andrews.
He worked in senior policy, management and advocacy roles for World Vision and Oxfam, and as Special Adviser to the Secretary of State for International Development at DFID.
In Parliament he has held roles in the Shadow Treasury, Business and Foreign Affairs teams including as Shadow Foreign Affairs Minister and Shadow Minister for Trade and Industry. He served on the Wales and International Development Select Committees and joined the Home Affairs Select Committee in September 2017. 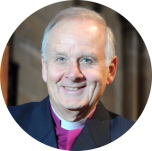 Dr Barry Morgan retired from his posts in January 2017 as the Bishop of Llandaff, where he had served since 1999, and Archbishop of Wales since 2003, having previously served as Bishop of Bangor from 1993-99. Born in South Wales, he read history at London, Theology at Cambridge and trained for the ministry at Wescott House, Cambridge. He has served on the Central Committee of the World Council of Churches, and on the Primates Standing Committee of the Anglican Communion. He was a member of the Lambeth Commission which produced the Windsor Report 2004. He is a Fellow of the Learned Society of Wales and Pro Chancellor of the University of Wales and a Fellow of several Welsh universities.

Atlantic School for Young Leaders is a registered charity in England and Wales, registration number 1157633.

To run our courses and provide support for Young Leaders doing great work around the world we require funding from like minded individuals and organisations. Please get in contact with us to find out more about partnering or to donate directly, including using GiftAid if in the UK.